The Mitchell New Premier Goal Pad is being given an overhaul.  It’s been sometime since it has been given a face lift but that is changing.  The ‘New Premier’ is well into development and is expected to debut late December 2015.

Improvements to the Mitchell new Premier goal pad include a trimless top and toe for a more finished look, outer calf wedge to block side shots when hugging the post, redesigned knee stack system and outer knee padding, improved inner and outer calf padding system, adjustable knee and shin cradle system, new leg strap system and a very unique way to fasten the front to the back of the goal pad.

The instep will be more flat for the skate to move more freely when going down in the butterfly position.  An outer calf guard will stop those pesky shooters trying to bank shots in from the side and the improved inside calf padding system will provide more pressure to the ice surface to reduce shots forcing their way through.  An improved knee stack and cradle system will enhance your mobility while allowing infinite adjustment.  The Mitchell New Premier will be a double break pad meaning the bottom and top of the knees will hinge to allow a more solid five hole closure. 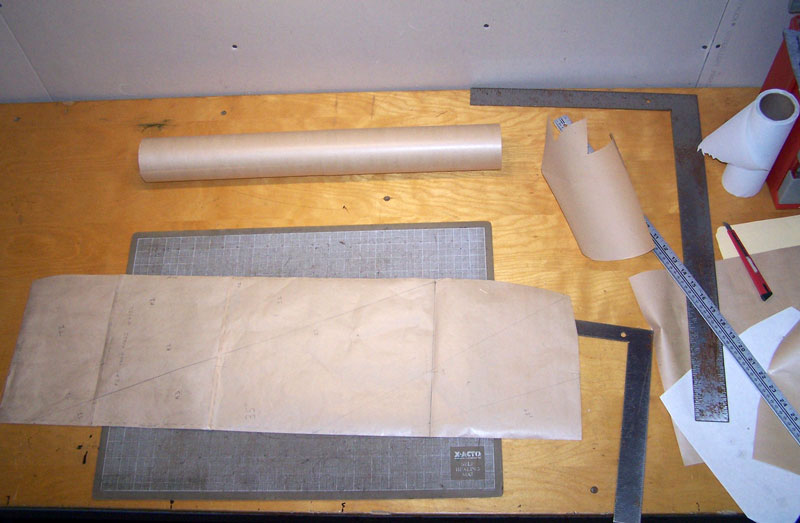 Here are a couple of photos in the design stage developing patterns. Stay tuned for more information in the coming weeks. 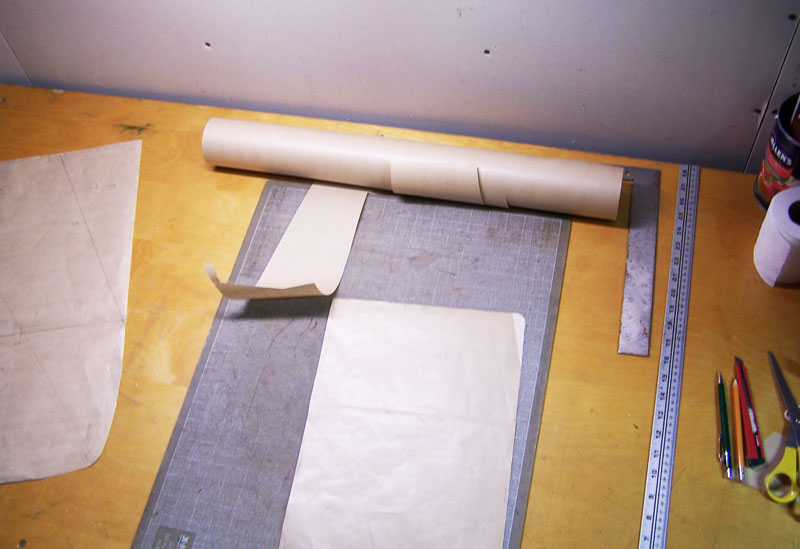 View all posts by Mitch → 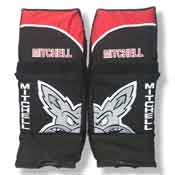 For inline or ball hockey use, these goalie pad covers are of a three piece designed for a better fit. Made for either 'Box' or 'Conventional' style of goalie pads in either 11" or 12" widths you have your choice of colours at no extra charge. END_OF_DOCUMENT_TOKEN_TO_BE_REPLACED 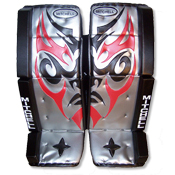 The Premier goal pad is available in conventional or plus sizes, 11" or 12" widths with either flat face or knee rolls.  Made of Jen-Pro or RoboCop clarino with quick release buckles and web straps.  Leather straps are also available as are optional custom graphics as shown. END_OF_DOCUMENT_TOKEN_TO_BE_REPLACED 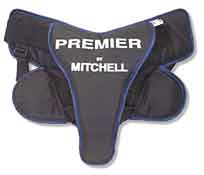